The Eighth Amendment was repealed today three years ago. Today, hop online and you’ll see a lot of pro-choice celebration under the #RepealedThe8th hashtag. It makes sense! You achieve a long-sought-after constitutional change that you think of as safeguarding the fundamental rights of women, you’re going to want to celebrate.

This post is for anyone today who is curious about the other side, about the people who are mourning rather than celebrating. It’s not going to be long. Check out this image: 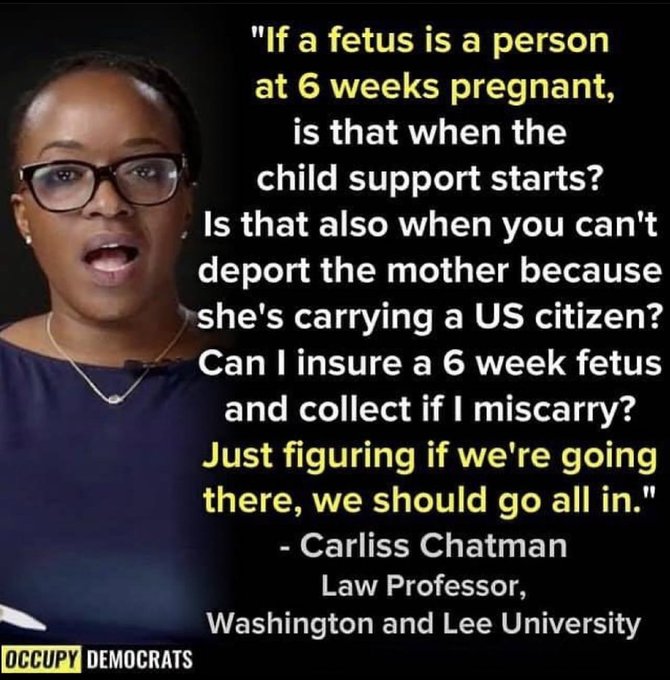 This quote got a lot of traction on Twitter over the weekend. It was meant as a criticism of various US Republican politicians pushing fetal personhood bills without following the logic of fetal personhood to its natural conclusion in various ways and as such it had a lot of bite. But when ordinary pro-lifers came across the image their almost universal reaction was “yeah, sounds excellent.” It’s not just an idle idea either: Aóntu, Ireland’s only explicitly pro-life party with parliamentary representation, has proposed starting child benefit before birth.

The same thing happens whenever a pro-choice slogan like this goes around. Take another example:

This is just one tweet of thousands of similar ones. Again, the pro-lifers I follow tend to respond en masse with “yup”.

It’s worth noting that it is already a lot harder for a man to avoid paying child support in Ireland than in the US. But the idea behind the tweet, that men should bear more responsibility in cases of unplanned pregnancy, and should be mandated to do so if need be, commands widespread pro-life support.

What about the widely repeated pro-choice idea that pro-lifers don’t care about children once they’re born? Or don’t care about their mothers at all? It’s my pleasure to share with you one of my favourite ever Twitter moments.

If you click on that tweet, what you’ll see under it are hundreds and hundreds of replies from pro-lifers, both public figures and ordinary citizens, talking about the ways in which they have helped women and babies. There were some snarky comments but the vast majority were sincere and simple accounts of what they’d done. Some examples:

There were a lot of fostering and adoption stories, and even people helping other people in the replies volunteer for practical assistance in various ways.

I’d recommend clicking and reading down through the thread. This is not to say that every pro-lifer is regularly engages in practical assistance to women and babies, just as not everyone who opposes animal cruelty volunteers at an animal shelter, or not everyone who opposes economic arrangements which leave people homeless works in a homeless shelter. I’m not saying pro-lifers are better at living out our convictions than anyone else.

But what I hope to communicate is that these really are our convictions.

If you think the child in the womb has a life and an existence that matters, if you think that the loss of that individual human being’s life is a tragedy, then of course you’d support the same suite of full human rights for born and preborn people (with provisos: I’m not aware of anyone who supports the right to vote for babies in the womb). Of course you’d want men to take their fair share of responsibility for their children and support measures to ensure that they do. And of course you’d be inclined to support mothers and babies in difficult situations.

That so many pro-lifers are like this, that so many do not live down to the stereotypes, should make it clear that this is what we really believe. We care about the rights of pre-born children, and oppose the destruction of their bodies. It’s not a tortured justification for restricting women’s freedom. It’s not an ego trip. In the vast majority of cases, it’s exactly what it says on the tin. We believe in human rights for all humans.

And that’s why we’re not celebrating the third anniversary of the referendum that stripped rights from a certain class of them.

2 thoughts on “On Repeal’s anniversary, how pro-choice tweets might help you understand pro-lifers”